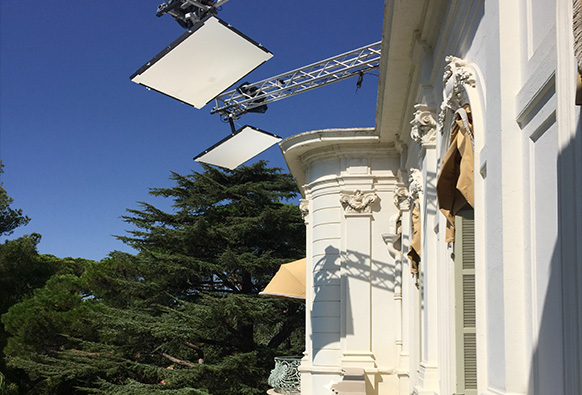 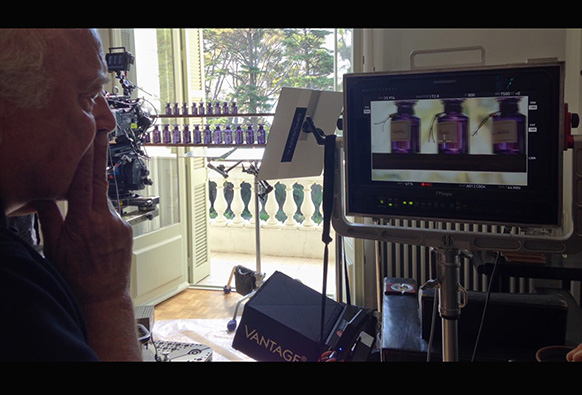 CRLS 100x100 prototype C-Reflector remote heads being tested on set. But of course this can also be done with ropes attached to the 100x100 C-Reflectors. Light weight, easy to extend beyond the rooftop. The beams were ... 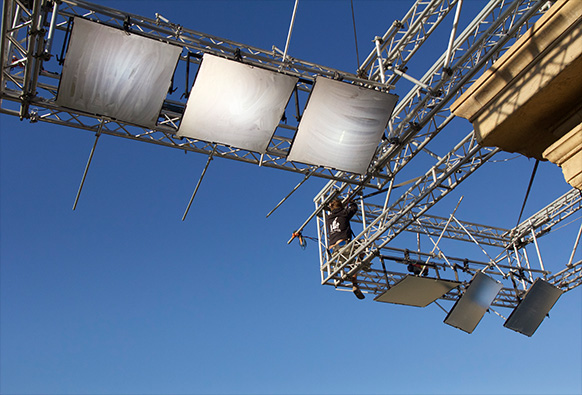 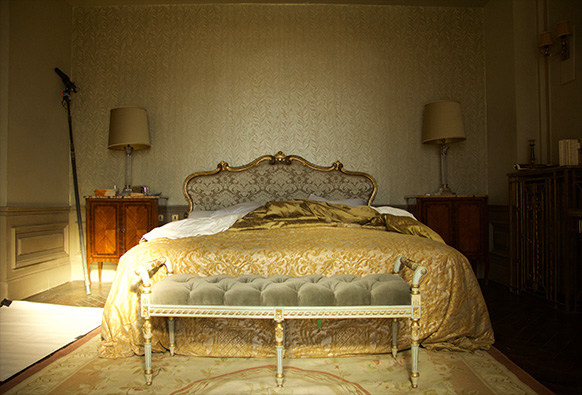 One of the biggest advantages of the C-Reflectors is the possibility due to the small surface, is to shoot in strong winds. Working directly at the ocean we were still able to shoot when standard butterflys would have ... 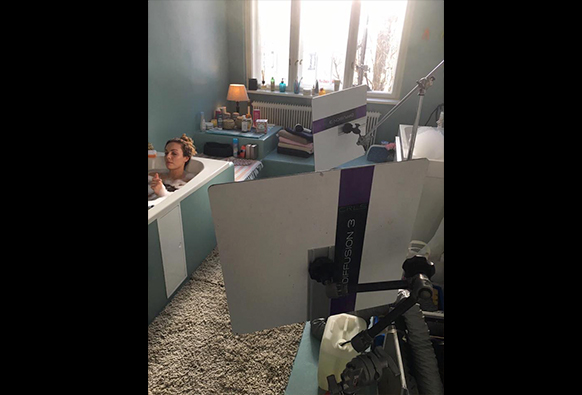 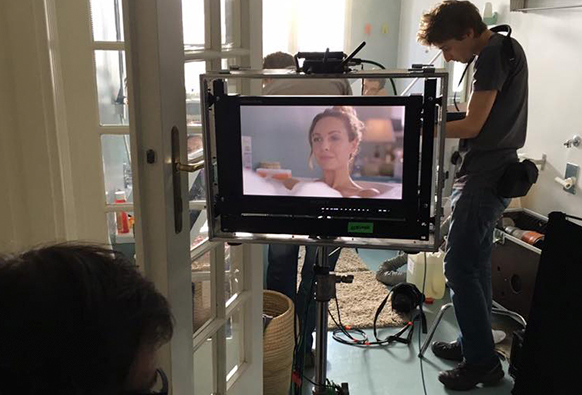 The CRLS is finding it's way into the commercial world. A new look, a new efficiency to handle the challenges of todays productions. Third floor, no elevator, two location moves to go. But a quality to ...